MY FISHING FUN ON THE OSA PENINSULA

I first came to the Osa Peninsula in 2019 with a good friend of mine who like me was a passionate fly fisherman. We rented a room at Cabinas Jiménez in Puerto Jiménez and went out fishing everyday on the Golfo Dulce for ten days. While it was a fun-filled experience, it did not yield much in the way of the monster fish I had heard about.

The following year I came back better equipped. I booked a place for three months in Puerto Jiménez at a place called Apartment Herera, rented a kayak from ‘Aventuras Tropicales’ Kayaks and was on the water for 3 to 5 days every week. My three months turned into five months after Covid hit the planet in 2020. During my extended stay, I started to really appreciate the importance of the correct fishing gear for the Osa Peninsula. Nature has a way of breaking things down to their basic components.

I had planned to return in 2021, but with Covid persisting, my plans were delayed. 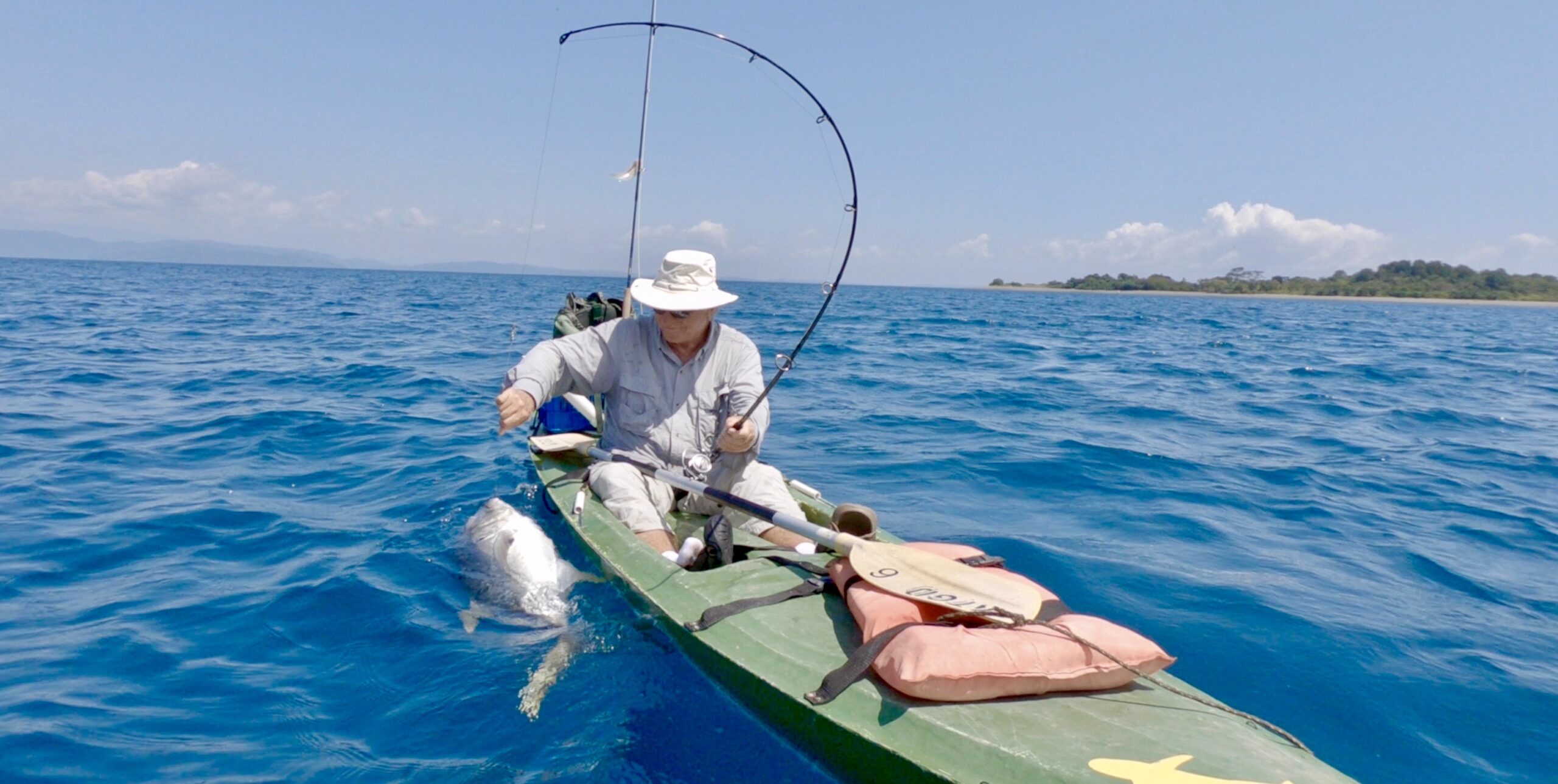 In 2022, I finally jumped on a flight and headed back to the Osa Peninsula for another three months stint. I was able to reconnect with friends from my previous visits and quickly got back in to the grove of my daily fishing routine.

I also returned with better equipment to handle the rigour of fishing from my kayak 4 to 5 days a week on the Golfo Dulce.

Roosterfish are the Holy Grail of inshore fishing on the Pacific side of Costa Rica and are available all year in the Golfo Dulce. The average is 10-15 lbs, but 50-lb fish are common. Also available inshore are a large variety of snappers, grouper, jacks, African pompano and others. When the water is clear, wahoo and dorado venture close to shore.

You should bring a sabiki rig and try to catch some sardines, moonfish (platillos), or any other small bait. You might get some Blue Runners too. And a 10-15lb spinning reel would be great, some spoons, feathers or small poppers.

If you plan fishing out on the waters of the Golfo Dulce and/or just off the Osa Peninsula on the Pacific Ocean, there are four basic options:

One – is to charter a well-equipped fishing boat with a seafaring captain. This is the simplest option as everything is supplied. But be prepared to pay for this luxury as it can run you $900 -$1,700 a day offshore fishing for sailfish, marlin and tuna. Inshore fishing in the Golfo Dulce is more affordable with 1/2 day and full day experiences available.

Two – would be to charter a boat and supply your own equipment. This is slightly more affordable but bringing the right gear and having enough of it is always tricky when you don’t know the area.

Three – rent a season kayak guide with the right equipment. There are one or two on the Osa I would recommend. For example Tosh. He is young but very confident as he grew up on the Osa Peninsula with a father who has a sport fishing business as well. Tosh supplies the rods, the kayak and he accompanies you while you are fishing from the kayak in an area protected from the elements.

Four – rent a kayak, bring your own gear, and learn through experience as I have. This is by far the most reasonably priced option. But bringing the right setup is crucial. Surprisingly, fishing gear is not that easy to find. Costa Ricans keep things simple here on the Osa. They fish to eat. Their gear is often a simple hand spool with a hand-made lure of white material.

On my first extended stay here in 2020, I learned that my equipment, which I thought would easily handle the elements of Osa fishing, often got damaged in the oddest way. The saltwater environment is totally different to the freshwater one and will take its toll on your gear and put it under tremendous pressure.

I also learned that buying fishing gear on the Osa requires some imagination. Not everything is sold where you think it should be. My best place to shop was the gas station and then the hardware store. The grocer store was my backup.

If you are a diehard kayak fisherman be sure to bring a lot of light SPF 30 clothing, a big hat, and even some gloves as the sun is very strong. There is also a new sheriff in town, so to speak. The one area where I kayak fish, along with others who fish from their kayaks, is being claimed by Crocodile Bay. This area is traditionally used by catch-and-release kayak fishermen like myself. I went into the resort to ask what the deal was and got a promise that the harassment of kayak fisherman will cease. So far so good. Peace has returned to the waters.

Enjoy the freedom of kayaking the Golfo Dulce on the Osa Peninsula in Costa Rica.

We recommend releasing as many resident reef fish as you can – particularly large, pregnant, or juvenile fish. Please only take what you need for the dinner table.

All Roosterfish are protected by law and must be released

In 2010, the Golfo Dulce became the largest Marine Area of Responsible Fishing (MARP), and no fishing is allowed by medium and advanced commercial fleets (longline boats). 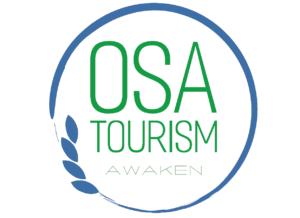